A Survey of Thatched Buildings in Scotland

Scotland has a long tradition of using thatch, and in some parts of the country the local traditions of thatching continued until the beginning of the 20th century. However, since then, thatched buildings have largely disappeared from the rural landscape in many parts of Scotland.

This publication is a photographic survey of thatched buildings in Scotland, surveyed between May 2014 and August 2015 by Zoe Herbert (SPAB Scotland Officer), on behalf of the Society for the Protection of Ancient Buildings. 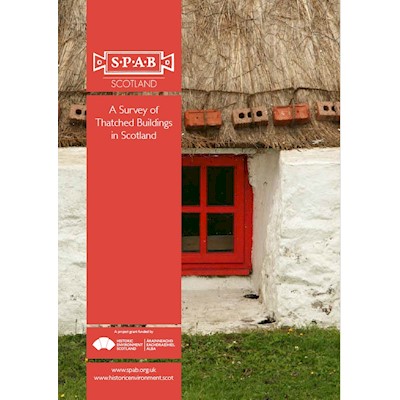